Rate this item
(1 Vote)
Liposuction - possibilities and limitations 5.0 out of 5 based on 1 vote 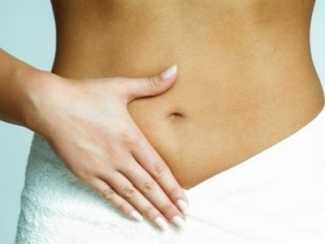 A naturally firm, well-contoured figure is what many people wish to have. In the course of a lifetime, however, many people tend to put on small fat deposits on thighs, buttocks, abdomen, hips, upper arms, in the face or on the neck that simply won’t disappear with traditional weight-loss methods or through exercise. Moreover, some naturally slim people can have certain stubborn unwanted fat deposits in limited regions of the body that just won’t go away despite all efforts undertaken. 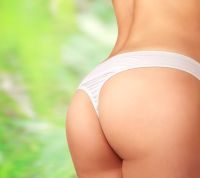 The possibilities and limitations of liposuction

Liposuction makes most sense when there is an overproportion of fat in the areas outlined.
The slimmer the silhouette and the more outlined the fat deposit is, the better are the results to be expected. People who are generally overweight, where the fat deposits are more or less evenly distributed, can be treated in limited areas, but this method is not suitable as a general means of weight loss! The elasticity of the skin is also not improved with liposuction. Excess skin is not removed, but adjusts itself to the new contours of the body. The healing process can be combined with pre-operative exercises.

The risks of liposuction

The greatest dangers reported in the press are so-called “mega suctions” where great amounts of fat are removed without taking the appropriate measures to support the patient’s circulation through corresponding infusions. Surgical conditions in unsterile surroundings and insufficient knowledge of the correct techniques present further factors of risk – especially when dealing with unqualified facilities. Lipoplasty is a relatively uncomplicated and very safe procedure, however, only if it is performed in the proper manner and under the correct conditions.

Yet as in every surgical procedure, sudden complications cannot be fully ruled out. Bruising and swelling are the most common symptoms after liposuction. They generally heal by themselves. Each individual heals differently – some much faster than others.

If fine skin nerves are lacerated or injured during surgery, your skin in this area could feel numb for a while. Experience shows that these sensations disappear on their own.

In very rare cases, the incision may get infected several days after the operation. However, such infections are very infrequent. They usually heal when an appropriate antibiotic is administered. These infections could have a negative effect on the result, but this is not always the case. Delayed wound healing is just as rare. It can occur under certain circumstances, for example if someone is a heavy smoker, suffers from diabetes or blood clotting problems which can impair the healing process. If you have the slightest suspicion of complications, you must immediately contact your surgeon.

Read 4026 times
More in this category: « Liposuction Operation Abdominoplasty Operation »
back to top